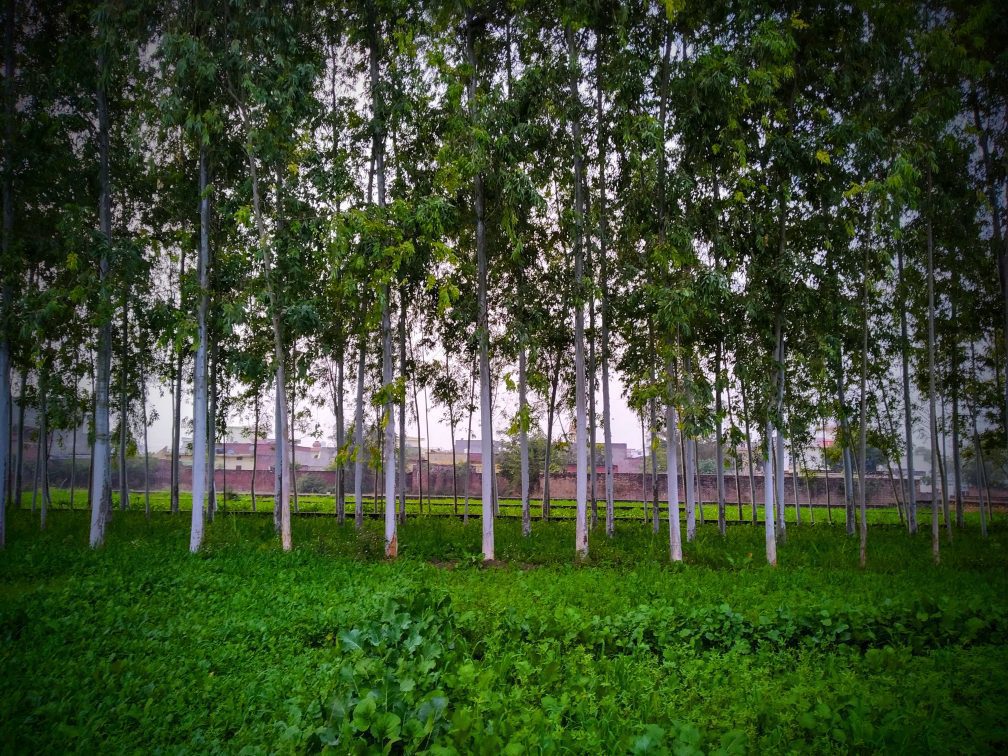 I was still in Varanasi with Ottile when I received an unexpected phone call. It was my friend Gurpreet, from Salt Lake City, UT. She said she was here in India for a family wedding and would I like to come to her village to spend time together and attend the wedding? Absolutely! I replied. My face was beaming at hearing her voice and realizing she was so near.

Gurpreet has been a good friend to me for several years. She and her family are always doing seva for the Gurdwara. It was Gurpreet that taught me the Punjabi alphabet as well as how to read and write. She volunteered time at the Gurdwara every Saturday afternoon to teach the children Gurmukhi, and I was able to join the classes. I am forever grateful for the start she gave me on this path.

My train arrived back in Amritsar after parting with Ottile in Delhi. I packed a fresh suitcase and within a few hours, Gurpreet, her nephew, Joshan and niece Sargunveer had arrived to take me to the village. 🥳

Out of the noisy, dirty city, an expanse of green fields and huge eucalyptus trees opened up. I love the village!

The first stop was getting settled in the home of Gurpreet’s inlaws. They have a beautiful home and I felt so blessed to be welcomed warmly by all of them.

I quickly made friends with the beautiful children of the family.

We took a short walk to the village Gurdwara. It was wonderful seeing their rustic lungar kitchen and watching the community working together to prepare the food.

We had some tea and then departed for our next stop, one of the village cloth houses. Cloth houses are ubiquitous in India. They carry a large assortment of raw cloth as well as partially made suit pieces to be sewn as per your needs at a local dressmakers shop. The cloth house is always an experience! The employees are virtually always men and I never fail to get a good smile at seeing them model the dupattas (sheer scarves).

Gurpreet surprised me with two new suit pieces to wear to the wedding which we then dropped off at the local dressmakers shop.

Later we took time for a lovely countryside walk.

Pre-wedding, there was a special Sukhmani Path for the groom. It was a large event with tons of food, coffee and tea in an outdoor tent. One room in the house had a Siri Guru Granth Sahib installed in it for the occasion. The house was overflowing with friends and family, all eager to celebrate. I was able to get an areal view of the outdoor kitchen. Indians are masters at large scale food prep.

Tent houses are also a staple in India. These businesses specialize in renting out huge tents that are erected in open lots or in the middle of a street – or both, to create a temporary place for large gatherings. Here, it is quite possible to come home one day and find your neighbors have set one of these up in front of your house, without any warning 😂

One of my favorite memories from my time with Gurpreet’s family was impossible to photograph in a way that would do it justice. You will have to imagine the scene. It was nighttime and the adults were discussing what to do for dinner. The children all cheered with delight when they were told we would be going out for vegi burgers. Ten of us crammed into a tiny sedan to drive to the local Burger Hut restaurant. Even the driver had someone on his lap. It was such an Indian experience. Everyone was so happy and joyful. I felt very blessed to be with them all.

The next day pre-wedding festivities continued. One thing often done traditionally is the Haldi ceremony where turmeric paste is applied to the skin. It is supposed to enhance the beauty of the skin as well as carrying antiseptic/antibiotic properties. It was a beautiful tradition to behold.

After that the real partying began with the Jaggo ceremony. The groom had a sort of diva candle and the women took turns carrying a traditionally styled pot on their heads that is made quite modern by the addition of electrical lights which flash and sport the names of the bride and groom. Punjabi drummers provide their awesome beat while the mob of family and friends canvas the neighborhood, going door to door.

Indian’s go all out with the decorations. The house gets lit up from top to bottom.

After the Jaggo ceremony, we gathered in the outdoor tent for dancing and tons of food. Search lights were beaming up into the sky, Bhangra music was blaring and smiles were all around. After indulging in some pakoras and aloo tikki Gurpreet and I went back up to the house and started preparing the rooms for everyone that was spending the night there.

We took a dozen large foam pads and blankets and spread them over the floors in a few rooms so that everyone would have a place to sleep once the party died down. We donned our sleeping suits and snuggled down on the floor while the music kept on into the night.

The day of the wedding dawned. It was fun to be witness to the huge crowd of family that had traveled in from far and near for this special day. Every corner of the house was filled with children running and playing, men young and old tying turbans and styling beards. The women were clustered in the back, taking turns with the washroom and pressing their special suits. Some aunties were in the kitchen industriously churning out tea and snacks for everyone.

Periodically, I am surprised by witnessing interesting and unexpected ways that the long ago British occupation of India has infiltrated Indian culture. A good example is the use of bagpipe bands that are often part of Punjabi wedding celebrations.

The stream of wedding photos began…

The wedding party eventually left and traveled through the countryside. We stopped at a small local Gurdwara where an Ardaas was taken for the Groom.

Indian farm land and village life is so wonderful to behold. Traditional ways, lush fields and trees. Completely unique and rich with beauty.

After some time, we arrived at the wedding resort. Tables upon tables of cury, subji, daal, cholay, aloo tikki, paneer tikki, fresh fruit, ladoos, and more and more and more awaited us… It’s impossible not to eat too much!

The wedding party left to drive to the Gurdwara for the Anand Karaj ceremony and we followed a bit later. Unfortunately, there was a misunderstanding about which Gurdwara the ceremony was at. We drove to two local Gurdwaras, but both were empty. Eventually we turned back to the resort to rejoin the festivities.

After the Anand Karaj ceremony, the bride and groom returned and made their grand entrance at the resort.

We had a great time taking our own pictures and eating more food.

It was early evening when we loaded into the sedan to head back to the village of Gurpreet’s inlaws. We were all ready for some quiet rest.

The next morning dawned with a steel colored sky. The family gathered in an outdoor area that can be arranged for cooking over an open fire. The process was begun for making fresh, homemade gudjarella.

For those of you who aren’t familiar with it, gudjarella is a dessert made from grated carrots, milk, sugar and sometimes spices like cardamom.

The fire was made and a big iron pot placed over it. A large quantity of fresh milk was poured in along with the spices and sugar.

Peeking around the corner, I was able to see the cow who had so generously provided the fresh milk. Yum!

The milk boiled and after some time, little portions were ladled out into cups for us to taste – it was so delicious. Carrots were grated and added to the pot and the whole mixture began to cook.

Would you believe I had to leave before the gudjarella was ready? 😥 We had decided the night before that I would take the local village bus back to Amritsar. There was only a few minutes to get me in the car and to the bus on time. I had to say a hasty goodbye to my new friends. Then a few of them zoomed off with me towards the bus stand.

The bus had already departed, so we continued speeding down the country lanes until we came up to, then passed a large, crowded bus. Sargunveer’s father rolled down the window and flagged the bus driver to stop. He told them to make sure I got safely to Amritsar and helped me get into the bus with my suitcase. I thanked him again for everything and said a final goodbye.

I settled into my seat, the lone pale skinned passenger and savored my last views of village life. The scenery and watching the people on the bus made the hour long journey back to Amritsar whiz by. It was a memorable end to my journey.

I am so grateful to Gurpreet and her extended family for the wonderful experience of staying with them and joining in the wedding festivities. Travel to the village hasn’t been possible since the virus situation. I am hoping someday I will have the opportunity to enjoy their company once again.

I was talking with a Punjabi friend, shortly after my return to Utah. He couldn’t understand why it was challenging for me […]

The Year in Exile

The Year in Exile

Reuniting with Ottilie: Agra and Varanasi

Reuniting with Ottilie: Agra and Varanasi